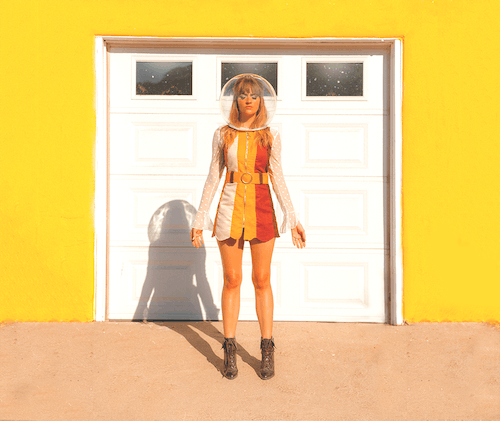 With a sound reminiscent of a modern-day Nancy Sinatra meets The Black Keys, this Los angeles-based siren is on the edge of becoming a household name. Having released powerhouse singles debuting all over the media, there are exciting things on the horizon for this alt-pop rising star originally from Texas.

Her haunting cover of REM’s “Losing My Religion” reached #1 on Hype Machine and earned her plenty of industry and blog buzz, gaining love from Extra, Refinery29, Elle, Galore Magazine, and prompted Us Weekly to call BELLSAINT their favorite new artist.

For her recent single Karma, she collaborated with clothing brand Club Monaco for the official music video, and garnered enthusiastic buzz for the song as well as the fashion.

She performed as an official SXSW showcasing artist for the Grammy Museum in 2017, and in 2018 went on a week-long tour in southern California opening for recording artist Silentó.

Always conscious of giving back (proceeds from “Losing My Religion” are being donated to the National Center for Victims of Crime), BELLSAINT spends her spare time volunteering as a coach at LA's Rock n' Roll Camp for Girls and teaching songwriting to at-risk youth girls at Awaken Arts.