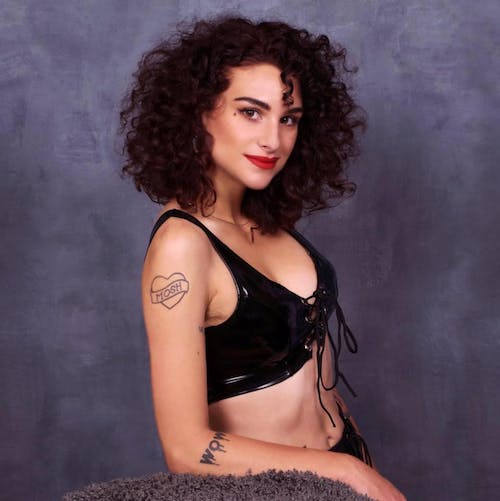 Bloodboy. The name may sound like a villain’s sidekick, though the protagonist and brains behind the LA-based project, Lexie Papilion, is everything but. Papilion’s punk-infused pop rests upon her striking, powerful vocals and often unpredictable stage presence. At once intimate and commanding, Papilion's music leaves you with the feeling that she’s not just here to save you—she’s here to save herself.

Following the release of her debut EP in 2016, which earned her a spot on Consequence of Sound's “Five Rising L.A. Artists You Need To Hear,” Papilion enlisted the help of producer Taylor Locke (Cullen Omori, Geographer) and released her debut LP, Punk Adjacent on May 21st. As the name suggests, the resulting Punk Adjacent is an exhilarating record that would not have felt out of place at 1970s-era CBGB. Sparkling guitars, complex arrangements and Papilion’s signature soaring vocals compliment her unique ability to explore taboo themes in a way that feels simultaneously tongue-in-cheek and sincere.