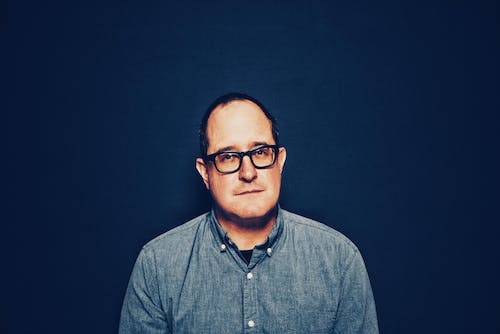 Craig Finn is a Minnesota-bred singer/songwriter based in New York City,

perhaps best known as the singer of The Hold Steady. Finn spent the 90s

EP. After relocating to New York, he joined with Lifter Puller member Tad

LPs, including Thrashing Thru the Passion in 2019. Finn released his first solo

coalesced into a sign-of-the-times musical trilogy. Pitchfork has described

Finn as “a born storyteller, who has chosen rock as his medium.” Recent

New York City-based artist and musician Cassandra Jenkins’ musical vision is broad, idiosyncratic and ever-changing. Her albums (2014's EP, 2017's Play Till You Win, and 2018's Live in Foxen Canyon) showcase the clarity and smoldering sense of longing conveyed by her “smoky vocals” (NPR) and her ability to “leave an impression with elegantly celestial climaxes and emerald green-glowing guitar work” (Pitchfork), with nods woven throughout to Lee Hazelwood’s Hollywood-and-Vine country surrealism, George Harrison's pure-hearted spirituality, and Angelo Badalamenti and David Lynch’s haunting work with Julie Cruise, resulting in a tapestry that is “tender and trance-like” (Interview magazine).

Drawing from her experiences as an avid and much-in-demand collaborator, recording and touring with artists like Craig Finn, Kevin Morby, Lola Kirke, Erika Spring, and Eleanor Friedberger, Cassandra is honing in on her latest batch of music, as yet unrecorded, and blazing a whole new path. "I'm always chasing a vast array of experiences, and squinting to see them as part of a larger constellation," Jenkins says. While she can be hard to pin down, you can always find Jenkins' gaze fixed on the Cosmic American— connecting to a deep, quintessentially American sound that showcases an abiding fascination with the masks and complications of desire.