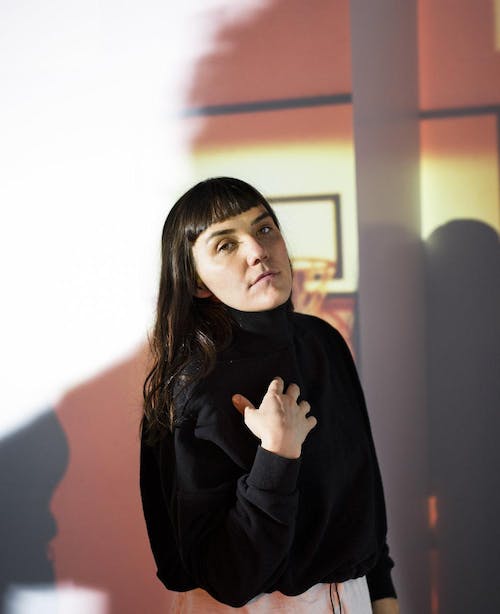 Emily Wells is a composer / producer / artist whose work bridges pop and chamber music and explores concepts around human relation to the natural world rooted in a love for both. She is interested in the ways performance and recordings influence one another and works in both realms. At times she performs solo utilizing multiple instruments on stage (violin, synth, acoustic/electronic drums, voice), and at other times she performs with small orchestral ensembles or a single cellist and drummer. Her work also interacts with her video art practice through projection at performances which intersects imagery of contemporary dance, extreme weather and effects of climate crisis as well as protest footage from ACT UP. She has toured extensively throughout Europe and the United States and released several critically acclaimed recordings. Her work has appeared in both film and television and she is currently scoring her first feature length film.

Wells’ latest full length This World Is Too _____ For You is lush, melodic, and unafraid. It’s both neoclassical chamber music, and art pop, propelled by synths, strings, and beats, and held together through Wells’ un-wincing lyrics and vocals.

The songs began as a commission of new works from the Saint Paul Chamber Orchestra’s renowned Liquid Music Series (recent commissions include Philip Glass, Blood Orange, Bon Iver), with arrangements by violin virtuoso and composer Michi Wiancko for string quintet and french horn and premiered last year in Minneapolis. Wells developed the album through a commission from New York’s Metropolis Ensemble (grammy nominated chamber orchestra) who join Emily on the album along with drummer Shayna Dunkleman (Xiu Xiu, Peptalk). The new album is out March 22 on Wells’ label Thesis & Instinct.