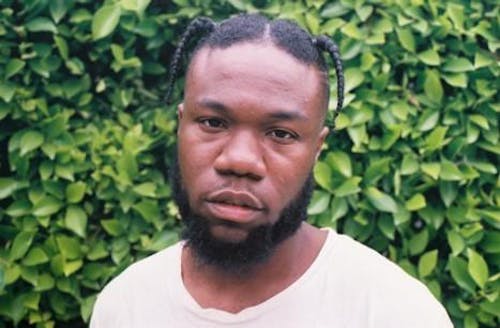 From the DIY circuit to playing bigger stages like the Roxy and the Novo, Emmitt James is a well celebrated and experienced performer. The Midwest bred emcee and now LA based hip-hop artist has been said to be reminiscent of acts like A Tribe Called Quest, Anderson. Paak and The Internet.

Resistant to the idea of being labeled a rapper, Emmitt's live show is relatable, mindful, and genuine rhyming over hip-hop jazz instrumentals provided by the rotating line up of The Feel Goods. The Feel Goods are a Los Angeles based hip-hop jazz band whose composition ranges from drums and electric bass to saxophone and violin.

Emmitt has been gaining momentum on the West Coast fresh off playing the Turn Down Tent at Coachella 2018 and opening for legendary acts such as The Pharcyde. Within the last year, Emmitt has opened for comtemporary acts Cuco, Jay Prince, R.LUM.R, and Jesse Baez. In addition to opening for prior acts mentioned, he's also played LA's Low End Theory Club.