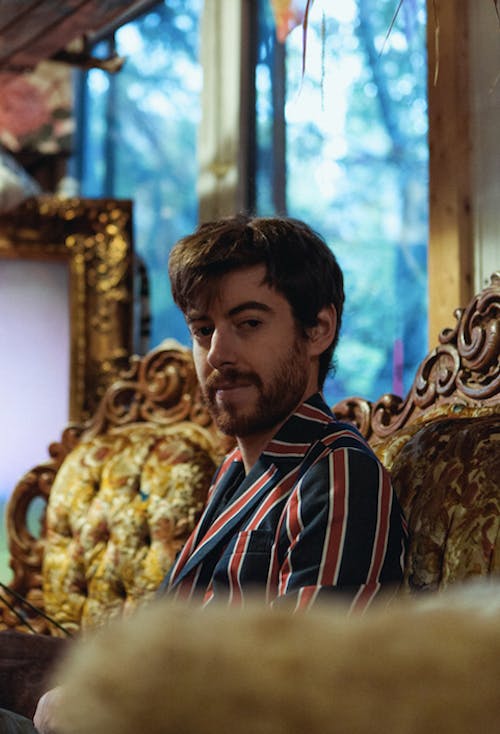 In an era where naked integrity is at a premium, Jake Sherman Gets Sexy reminds us that, no matter who you are, the sexiest thing you can do is to be yourself. Perhaps Jake doesn't need to "get sexy," as he has been sexy all along, as those of you who have been paying attention to his performance schedule would know. Following the release of 2017's Jake Sherman Returns, Jake toured and/or recorded with Bilal, Meshell Ndegeocello, Emily King, Blood Orange, Benny Sings, Andrew Bird,Gabriel Garzon Montano, Nick Hakim, and gospel heavyweight Doobie Powell, with whom he co-wrote and co-produced "Close to You,” on Powell's latest release.

Wherever he was in the world, odds are he was in front of an organ, and hard at work on what would become this, his third album. Here we are again, voyeurs into Jake's private moments. While earnest piano-driven numbers like "Isabelle" and "Maureen” are in the vein of his earlier releases, the meat of Gets Sexy is more reminiscent of 80’s RnB than any of the artist's prior efforts. Throbbing slow jams like album anchors "Midnight Escapade" and "Me" pull as much from Dick Griffey's handbook as from the producer palette of early Babyface, while "Help Somebody" and "Dig Deeper" rely more on the cunning of their lyricist to bring the listener to the precipice. The common thread here is the steady, measured motion of his ocean, and a dedication to leaving all parties satisfied.

Oakland native, longtime Brooklyn resident, and now Los Angeles newcomer Jennah Bell, has been passionately described as the sum of music’s best parts; drawing influences from genres such as Folk, Soul, R&B, Rock, and Pop . As a singer-songwriter and sonic architect of all her musical endeavors, Bell has already performed at the 2012 BET Awards, graced the main stage of the Roots Picnic, and rocked out with her band at the 2013 North Sea Jazz Festival in Rotterdam where she received a standing ovation. She has performed with world renowned artists such as Cody ChesnuTT, Haitus Kaiyote, Gregory Porter, Alice Smith, and Nikki Giovanni.