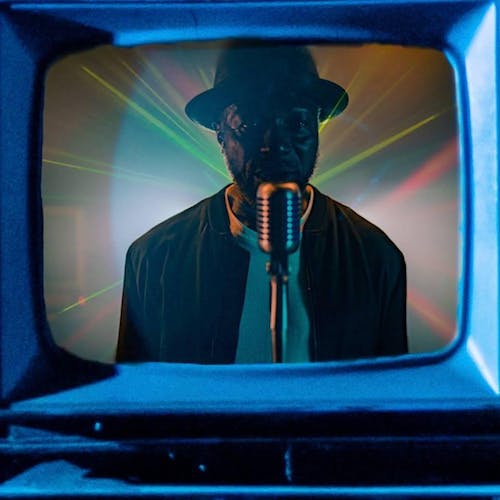 “They blew me away,” he recalls. “I group up listening to artists like The Temptations, The Drifters, and James Brown, so it brought me back home. Everybody was sort of just walking by and going about their day, but I just stood there and watched them. I had to reach out.”

Spank met up with Kyle to record demos shortly thereafter. Among the group, it was 70-year-old Harlem son Bill Hudson with whom he connected the most. Instantly, they bonded and continued to work together on creating some new tunes.

Kyle shared a handful of demos with friend, Dustin DiSalvo, who then decided to move to New York. They booked their first show at Mercury Lounge, inspiring Chris Hines to fly from L.A. to join them, and John The Martyr was formed. The childhood friends then brought together a collective of musicians around Hudson, forming an 11 piece ensemble that started playing around NYC regularly.

The group’s underlying unpredictability bubbles up on the single “Time.” Driven by a bluesy riff, boisterous horns, and a swaggering shuffle, the track quickly ramps up into a funky revivalist swing that proves irresistible as Bill croons, “Time don’t change.”

Elsewhere on the record, “Cross The Line” taps into a gospel flare, fusing a modern production sensibility with timeless Detroit styles. “History” brings back the spirit of Motown into the modern age with its stark and simple delivery. The elements converge seamlessly as each individual shines.

Signed to +1 Records, John The Martyr write the first chapter of their story with this full-length debut— out in 2018.

“I hope you sit back and hear it from top to bottom,” concludes Kyle. “It can make you feel good and move. That’s what this kind of music is supposed to do.”