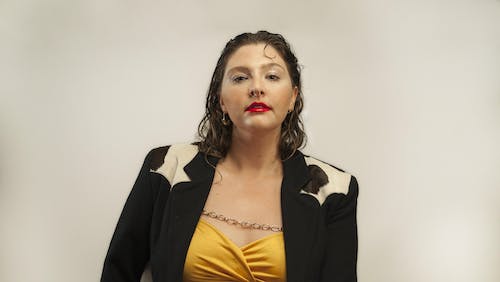 Lou Roy with LA based contemporary folk/indie pop artist Lou Roy writes sharp coming-of-age songs that are as confessional as they are cutting. With a central focus on vocal performance, she explores contemporary folk with traces of jazz and soul music, inspired by the likes of Fiona Apple, Joni Mitchell, and The Beach Boys.

Under her previous moniker, Huxlee, Lou self-released two EPs, Teammate and Appetite. These two 4-song EPs earned her critical acclaim from Earmilk and Indie Shuffle, as well as the #14 spot on Spotify’s US Viral 50 playlist for her song “Teammate”. Lou has been performing consistently (as Huxlee) since 2013, playing venues such as The Fonda, Hotel Café, The Satellite, and had a slot at SXSW in 2018. In the coming months, Lou Roy will release new music in partnership with Sony Masterworks