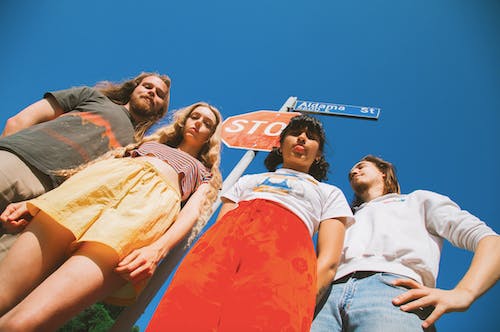 In December, LA's Mamalarky announced their signing to Fire Talk, the Brooklyn indie label who had a banner year in 2019 releasing acclaimed LPs from the likes of Dehd, Patio and Weeping Icon. Mamalarky were formed in Austin, TX before relocating to LA, and have been been a significant part of their local scenes in both cities, performing with artists like Crumb, Beach Fossils, Jerry Paper and Faye Webster, and making appearances in other notable bands with keyboard player Michael Hunter touring as a member of White Denim and front-woman Livvy Bennet logging a stint playing bass for Cherry Glazerr. On January 15th, the band shared their first new material since their Fire Talk signing with their single "Fury," which is accompanied by a video from director Ambar Navarro who has directed clips for artists like Soccer Mommy, Cuco and Anna Burch.