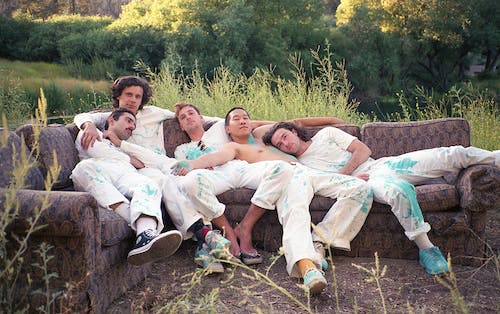 Junior Mesa channels a timeless sound by way of modern means. Rather than comb stacks of record stores, the 20-year-old Bakersfield, CA singer, songwriter, and multi-instrumentalist culls influence from a YouTube search history spanning everyone from Wes Montgomery and Ella Fitzgerald to Jimi Hendrix and Sly & The Family Stone. Under this digitized classic spell, he not only sings with shuddering soul, but he also plays guitar, drums, piano, and bass with understated and instinctual virtuosity.

Van El is the project of Tyler Abravanel, a Los Angeles songwriter born and raised in Southern California. He spent most of his music career exclusively as a lead guitarist in various indie rock, surf rock and dream pop bands. Early in 2018, Van El picked up a mic for himself and began recording demo versions of what would eventually be his first EP 'Bed & Breakfast.' The EP was recorded in an AirBnB in Joshua Tree with the help of his cousin Otis English (aka OBVE), who produced the project. 'Bed & Breakfast' was released July 31, 2018, and Van El's single 'Home' was included on Spotify's 'New Music Friday' playlist that week. Van El blends nostalgia with warm instrumentation, hazy vocals and personal lyricism to create his own take on modern indie rock.