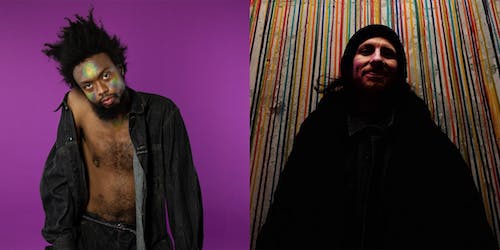 Tolliver is the son of a Baptist pastor and gospel singing mother, raised in the 'wild 100s' on the south side of Chicago.

Schuster turned to longtime collaborators Eric Mayson and Arlen Peiffer on keys and drums to add dimension to his collage sketches, and together the trio recorded a marathon of performances, outlining 22 songs in 3 days at Red Gate in Los Angeles. Schuster approached those subsequent recordings as fodder, cutting and stretching, sampling and recycling; abstracting from the performances their energy, spontaneity and spirit of collaboration.

From this process, Safe Jazz's debut album, "Joy, Etc." is born. Colorful and unabashed, Joy, Etc. is an outsiders' grateful contribution to the canon of the LA beat scene.