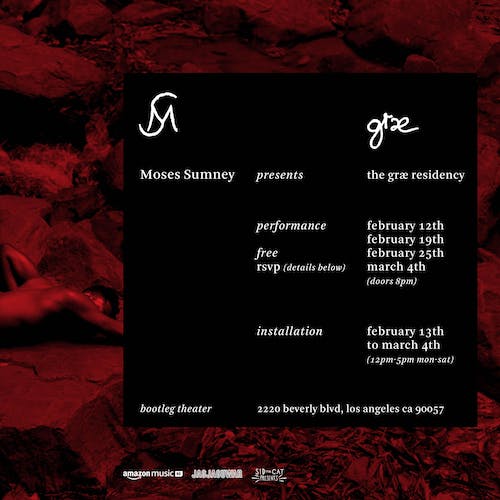 In conjunction with the forthcoming double album "græ," Sumney is announcing a residency and installation at Los Angeles' Bootleg Theater from mid-February through early March. The residency finds Moses returning to the venue where his career as a live performer began 6 years ago to examine the concept of græ -- the spectrum of greyness in regard to color, displacement, interstitial space, and marginal identity. Between the hours of 12 and 5PM on Monday through Saturday from February 13th through March 4th, fans will be able to enter the Bootleg Theater where græ will be playing in immersive, 3D Audio via Amazon Music HD on an Echo Studio. The space will aim to create community and conversation among those representations of græ-ness. Throughout the course of the residency there will be weekly free live performances by Moses Sumney, starting on February 12th into the first week of March.

This is an all ages event. 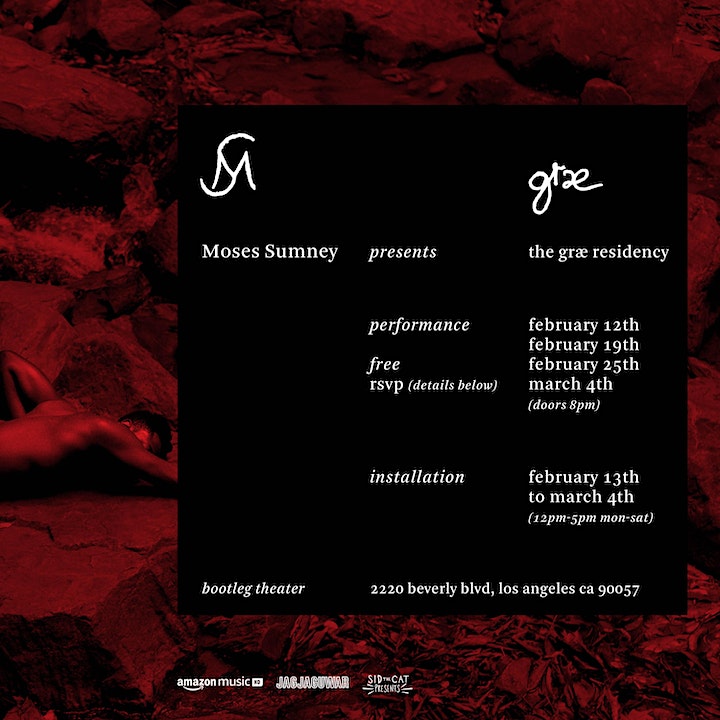