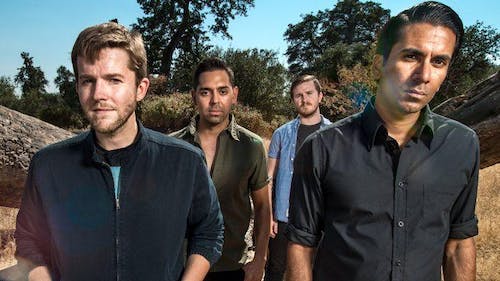 20 years of "Through Being Cool"

Saves The Day have been through a lot over the past two decades: Van accidents, member changes, the emo explosion, and the adventures that carried the act and their fans from adolescence to adulthood. But they've never had a proper history of the band... until now. Saves The Day's ninth album 9 tells the story of the band from the perspective of the band's founder Chris Conley and does it in a way that's as exhaustive as it is poetic and makes the listener a part of the songwriting process. On the surface, 9 chronicles the epic story of a group of kids from New Jersey who realized their dream and became international sensations but on another level it shows how Conley “woke up” and became aware of his own consciousness through his relationship with music and the unbelievable adventures it inspired since he formed the act in 1997.

The current lineup of the band, which includes the virtuosic trio of guitarist Arun Bali, bassist Rodrigo Palma and drummer Dennis Wilson, who are the band's most consistent lineup to date, take the musicianship on 9 to stratospheric new heights. “At this point, I've actually dealt with the conflicts and the challenges in a lifelong career in music and now I have the guys that I could do this with forever and I'm living the dream again," Conley explains. Ultimately 9 is sonic evidence not only that there's a reason we are alive in the world, but it's a miracle that Conley rightfully encourages us to celebrate.