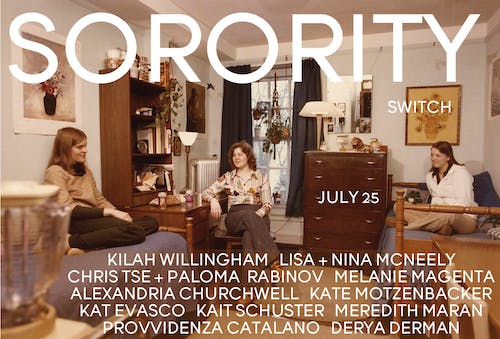 curated and hosted by

SWITCH is versatile and can change on a dime. She's an identity, a position and a positionality. Join us for works across movement, text and performance exploring this theme.

SORORITY is a performance series centering the work of women, trans, nonbinary and queer artists from the LA community. Performances range from script-in-hand readings to vulnerable solo work, experimental movement and music, primarily works-in-progress. Founded, curated and hosted by playwright and director Gina Young, SORORITY has a cult following and has been presented by the Hammer Museum and Los Angeles Performance Practice. Pledge the sisterhood at www.sororitytheaterprojects.com