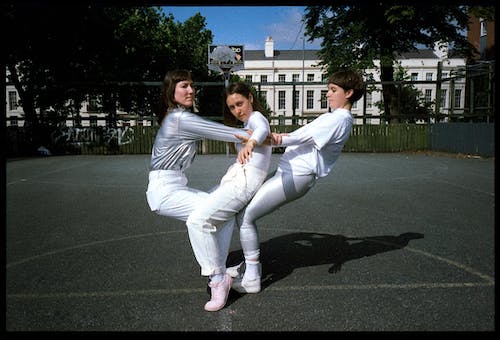 Just as the title suggests, Big Wows is both cynical and optimistic: dreaminess and pop dance rhythms are cut With eye rolling vocal styles inflected by heartfelt lyrical messages “We hit upon this conversational-style between the vocals and have alternating lead melodies. There's a sarcastic tone to some of the music but there is always a strong wilfulness to incorporate honest integrity, which is hard to do but refreshing when it finally comes out.”

Side one opens with a burst of shimmery synths as Show Love and Back in Time lead you heart first into the headier feels of Jokin' Me and upbeat bounce of Why Haven't I? following into the more progressive grooves for Girl then fading out with the narcoleptic comforts of Just Dreaming. Side two digs deeper into a dreamworld, with the manias and hallucinations of Breathe and True Colours as well as the gorgeous disillusionment of the title track and ending with an unexpected tropical club banger ‘Choose Like You’.

The songs began at home or in their studio at Liverpool’s Invisible Wind Factory, laying down the main body of the tracks, then the band worked with various producers – including Marta Salogni (Bjork, MIA, Factory Floor), Andy Smith (Years and Years), Ash Workman (Christine & The Queens, Metronomy) and Joe Wills (video artist for Little Dragon) – as they’ve tried out different mixes and ideas to convey their messages.